The Buteyko theory is based on the chronic hyperventilation syndrome, that is consuming more air for our organization than necessary. Hyperventilation leads to poor oxygenation which in turn has consequences to each system the organization has and is likely to constitute the pathogenetic cause of more than 200 widespread diseases, including, among others asthma, hypertension, diseases of the nervous system and cardiovascular, allergic, and autoimmune diseases.

PNOI guides and teaches the application of Buteyko breathing techniques which, in combination with a balanced diet and a healthy way of life, can lead to the therapy of a series of diseases that are frequently described as lifestyle diseases (or diseases of civilization).

According to the World Health Organization (WHO), the Hellenic Thoracic Society and the Global Initiative for Asthma (GINA), two of the most important pulmonary diseases, chronic asthma and Chronic Obstructive Pulmonary Disease (COPD) that leads to a non reversible airway obstruction are responsible for very high percentages of disability and mortality in the world’s population. The statistics are shocking:

Why should I choose the Buteyko Method

According to the Buteyko theory, asthma constitutes a reaction of the organization to the CO2 loss. With the proper breathing exercises, Co2 returns to normal in blood and lungs and the symptoms cease to arise or are limited.

Clinical researches have proven that the breathing techniques the Buteyko method is suggesting and that are taught in PNOI, function efficiently against the respiratory diseases but also in confronting sleep apnea, respiratory allergies, rhinitis and snoring, improving this way patients quality of life.

The study conducted in Mater hospital, in Brisbane, Australia in 1995, has demonstrated reduced dependence of asthmatic people from steroids (dosage of complementary cortisone) up to 50%, when hyperventilation was reduced upon the application of Buteyko breathing exercises.

It has also proved that the method has objective, steady and long term results for every asthma sufferer. The results were announced in a meeting of Thoracic Society in Hobart. Professor Charles Mitchell and Dr Simon Bowler sign the announcement.

During breath, cells satisfy their energy needs by combining oxygen with glucose. In this way, they can perform successfully every function in our organization, be healthy and alive. By avoiding hyperventilation and knowing how to breathe right, we have a better blood supply and oxygenation of cells. Cells that are oxygenized better are in a position to move away the increased lactic acid from the cellular environment, so as not to be transformed into poison by the organization.

Stress, as a wear down factor of the immune system, is also dealt with success by following Dr Buteyko’s breathing techniques. In PNOI, we teach these techniques so that breath acts in a protective way in the area under neck, where thymus gland is located. Thymus gland is a specialized organ of the immune, where T-lymphocytes mature which constitute the first defense line against the organism invaders, and which is completely hit by stress.

The Buteyko method contributes to strengthening the organisms’ defense by assisting in controlling stress and by relieving from the unpleasant consequences it has to our organism.

According to Dr Buteyko himself: “When we discard, through exhale, carbon dioxide above the allowed limits, spasms are created in bronchi, in vessels and in intestines. The result is the reduced availability of oxygen in the organization, by making the person’s breath deeper and by leading him to a vicious circle.”

Breath has an immediate relation to nervous system and is the most powerful tool that the human organization has, in order to keep it healthy.

A lowering of carbon dioxide in blood, as a result of overbreathing, causes stenosis of carotid artery, the basic blood artery of the brain. According to Dr Daniel M. Gibbs, this stenosis can reach up to 50% to people who suffer from stress and panic attacks.

“Deep breathing can make human brain unnaturally active because of low carbon dioxide concentration. As a result, the brain is out of control when spontaneous and asynchronous thoughts arise. By controlling breath, the brain controls its own stimulation.”

The rational food reception, in combination with the Buteyko breathing techniques, contributes to a better function and oxygenation of the digestive system. 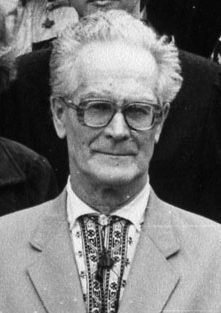 Who is Dr. Kontantin Buteyko

Suffering from hypertension himself, Dr Buteyko realized through his examinations that carbon dioxide contents in his organization were in lower levels than usual. He himself knew already that this had come up from hyperventilation. By changing his breath to a calmer and a shallower one he soon managed to get rid of his symptoms.

The carbon dioxide depletion (CO2 deficiency), resulted in the contraction of capillary vessels and the stenosis of their tube. This phenomenon can lead to hypertensions or heart failure, as Dr Evangelos Magkiris mentions in “Periskopio tis Epistimis” (May 2003, pp. 25, 26).

By restoring breath to normal and as long as gases are regulated (Oxygen O2 and Carbon Dioxide CO2), we can preserve the diameter of the vessels and have a successful perfusion and supply of heart.

In any case, it has been proved how great the value of breathing is in preventing cardiovascular diseases.

“Carbon dioxide is the most basic hormone of the body, the sole that is produced by all tissues and obviously reacts to all organs” Dr. Yandell Henderson (medical encyclopaedia, 1940).

The Buteyko method helped many patients regulate their hormones through indicated breathing exercises that elevated CO2 levels in their blood to normal levels. The suggested way is the gradual reduction of the exogenous supplemented hormone with a daily exercise on breath according to pulse and pausa measurement (pausa measures the duration a person can hold his breath-control pause- after a regular exhale and consists the way with which the CO2 levels in lungs are noted).

Nose, according to physiology science, is the organisation’s “airconditioning”. It cleans the air by holding back the airborne particles; it keeps it warm and moist, while the mucus enzymes neutralize the germs. Thus, nasal breathing protects from germs and cold air which, when going through the mouth (it is not, therefore, warm), it cools bronchi and lungs, by often causing winter common colds.

Many children breathe through their mouth, either unconsciously or because their nose is blocked. Unfortunately, this has unpleasant consequences to the otorhinolaryngological system’s health and to their development also.

In orthodontists’ studies, it has been observed that oral breathing during childhood leads to characteristic deepening of the palate, with a hypoplasia of the jaw bone.

This means, that during the bones growth the facial characteristics instead of developing in a normal way, they are disfigured causing serious orthodontist anomalies.

Dr Weston Price, observing in his book “Nutrition and Physical Degeneration” children from 14 different races, has noted that sugar consumption together with mouth breathing had as a result the formation of faces that had a characteristic triangular chin and hypoplasia jaws, where the space for a smooth teeth arrangement wasn’t enough.

The Buteyko method learns to children the greatness of nasal breathing, as well as the way to unblock their congested nose. It trains them with breathing exercises that are based on playing, so as they are aware of their breath, they acquire a strong respiratory and an excellent habit for the future of their health.

The Buteyko method has also been proved extremely efficient in dealing with children’s asthma, a chronic disease that seems to hit western societies more and more. According to clinical trials of the US National Health System, the adoption of Buteyko’s breathing techniques contributes to the reduction of the symptoms and the improvement of life’s quality.

Knowing the correct nasal breathing helps children grow, by developing a healthy organization that will make them calmer and happier.

Controlled breathing during exercise is efficient for the cardiovascular system, the removal of lactic acid, injury avoidance, fatigue reduction and achievement of improved performances.

Painful exercise with uncontrolled oral breathing consists one of the main disorder causes of the respiratory rate that lead to hyperventilation. The Buteyko method is based on the conscious control breathing and its controlled retention in order to achieve increase of carbon dioxide in the organization back to normal levels. The carbon dioxide increase provokes the opening of many lung capillaries that were previously closed. It is easily concluded that in this way we have a perfusion of greater lungs surface and therefore a better muscles perfusion.

In every kind of exercise, insisting on nasal breathing will initially limit your performances. Soon, though, your strength will be augmented and your heart rate will be decreased.

Dr John Douillard uses the nasal breathing method in the preparation of many top athletes, with exquisite results both in performance levels and also in fatigue reduction but in injuries limiting as well.